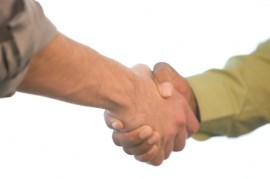 TT is a young, divorced, single individual that was assessed $35,000 in back taxes, primarily from self-employment earnings attributable to a former spouse. TT was married at a young age upon entering the U.S. and divorced shortly thereafter.

The IRS can assert collection of taxes against spouses where the spouse signed a joint tax return, had knowledge or should have had knowledge of taxes that were owed, and had some degree of control over the finances of the married couple.

I’ve been doing business with Mitch and CPA Miami for the last 4 years and have always had a great support from him. Mitch is always available, hears what we are doing and why and, most importantly, keeps us on track of better accounting and legal practices, in a very diligent way, which is very … END_OF_DOCUMENT_TOKEN_TO_BE_REPLACED

I have been working with this firm, as it relates to my personal and corporate tax activities, for well over a decade.  To date I can only say that Mitch Helfer and his staff have been professional, timely and knowledgeable of my personal and business tax needs.  In addition, Mitch is always readily available and … END_OF_DOCUMENT_TOKEN_TO_BE_REPLACED

Our company has been a customer of the firm for approximately 5 years now … our business was unfortunately affected by a Civil Tax Penalty… we sent the case over to the firm for representation and managing. Immediately the firm acted upon the issue without rest … the penalty was deducted from our account and … END_OF_DOCUMENT_TOKEN_TO_BE_REPLACED

I went to CPA Miami for help with my tax returns and was pleasantly surprised. We have a small business and use QuickBooks accounting software. The owner, Mitch Helfer, CPA, figured out a way to make QuickBooks do many of the things we needed which will save us countless hours in data entry and more. … END_OF_DOCUMENT_TOKEN_TO_BE_REPLACED

Mitch Helfer and CPAMiami team always went the extra mile to help us grow our business. They are always available and proactive on suggesting better accounting practices. Their extensive use of IT resources, reduce a lot our work load in day-to-day operations. As a business manager, I would not even think in looking for another … END_OF_DOCUMENT_TOKEN_TO_BE_REPLACED

Mitch is always readily available. What more could you ask for from your accountant? Many other firms you’d probably go through many voice mails before getting a call back on a concerning matter. Fees are very reasonable and he is very easy to work with, nonetheless with a vast knowledge that you’d only receive from … END_OF_DOCUMENT_TOKEN_TO_BE_REPLACED